It goes without saying, Gutenberg was and still is the biggest and boldest thing that happened in the WordPress ecosystem this year. Ever since it was announced at WordCamp Europe last year, Gutenberg kept stirring debates and disagreements among worldwide community members.

From hitting a milestone of covering over 30% of sites to accessibility issues (which you can improve following our tips), to the 5.0 upgrade and full Gutenberg release, this was one intense and interesting WordPress 2018 year in review to cover.

As Matt announced in his last year’s SOTW, 2018 was to be the year of the Gutenberg-based site customization, followed by the new default theme. The long-coming change was about to happen given the fact that more and more new people were discovering WordPress but wanted better user experience. This year was also a year WCEU broke the record in the number of people attending the most significant conference about WordPress. And it just happened that the host city was our very own, Belgrade, Serbia, so we covered it all around and even wrote a WCEU 2018 takeaways for all of you who might have missed it. Anyhow, this event was another good opportunity Matt used to further explain the changes in the WordPress ecosystem such as:

All the talks about the new version of WordPress, the one that would have Gutenberg as a primary editor sparked a lot of arguments in which some resulted in unusual ways. From Rian Rietveld leaving the Accessibility team lead spot to the Accessibility team’s report, unexpected things happened.  As Rian wrote in her post, there weren’t much she could do since – as she quoted Andrea Fercia:

While the Gutenberg team has worked hard to implement some fundamental accessibility features (e.g., focus management, navigate landmark regions), the overall user experience is terribly complicated for users with accessibility needs at the point the new editor is barely usable for them.

WordPress 5.0 was set to be released as of 19th November, but it didn’t happen due to several development issues and was supposed to come eight days later. Still, that didn’t happen as well because of the same issues and (we speculate) Matt wanted everything to be set just before this year’s WCUS, so he announced the new 5.0 Target Date to December 6th.

Did all went as planned? Not much. Not everyone was happy about it; there was even a Twitter feud among WordPress community. Still, the change in a form of WordPress 5.0 Bebo came and is here to stay. Both developers and end users need to accept it since it is a good change, after all. The one that made us upgrade and make all of our themes Gutenberg compliant as well, so you might want to check them out if you’re looking for relevant and up-to-date premium themes.

Either way, just one day after official 5.0 release, Matt held his 2018 State of the Word ensuring people everything was to be more than ok and announcing the new updates for the upcoming months: 2018 proved to be a very intense and everchanging year for the WordPress community. We learned that the change was inevitable but also that it seems to have broken some connections and relationships. Is Gutenberg the future of WordPress? Undoubtedly so. Is it 100% ready? Not even close, still, it is a good and refreshing change that will, in the end, modernize and improve the overall UX for the end users. Will it force us (theme and plugin developers) to change? Yes, even Matt stated that we wouldn’t need so many themes in the future. A bold and, maybe disturbing statement, still – as Barney Stinson said:

Contribute to the Gutenberg Project

Looking forward to seeing what the next year will bring, and you? What was your WordPress 2018 year in review highlights? What is the Gutenberg Editor and how we can use it December 9, 2018 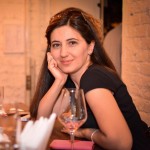